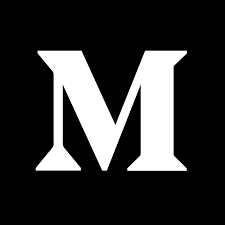 Ethereum just got a vote of confidence in mid 2019. South Korean electronics giant Samsung is developing its own blockchain network which will likely result in its own token in 2020.

Samsung is joining the fledgling token economy it would seem. Samsung according to sources, is thinking of a private blockchain, though it is not yet confirmed. It could also be public blockchain in the future, or some kind of hybrid — that is, a combination of public and private blockchains.

Samsung will Launch own Token

Realistically this makes sense for Samsung. Projects like EOS, Tron and even Binance all have a founding at Ethereum, cementing the platform’s richness and diversity.

When the development of the blockchain is completed, Samsung may also move to launch a “Samsung Coin” token. This along with internal stablecoins from the likes of Facebook and JP Morgan. There is every reason to believe that in the 2020s, a thriving Token economy will complement the global economy in ways that will give blockchain and crypto a remarkable place in the next stage of the internet.

It’s highly probable that if and when Samsung develops a public blockchain in the future, then Samsung Coin could be traded publicly on cryptocurrency exchanges just like bitcoin (BTC) and ether (ETH). On platforms like Bakkt.

Samsung’s blockchain task force has been in active development for at least a year, and is working on a number of projects. The intersection of payments and stablecoins is very bright, and Samsung Pay could be incorporated. Chat and stablecoins is another area of innovation where Telegram, Line and WhatsApp are all likely to have skin in the game among others.

Samsung Coin’ is currently in development but the timing and direction of the new product has not been confirmed. It will be at first powered by Ethereum. Samsung itself has not made an official statement on the matter but the speculation shows just how ubiquitous blockchain and the advent of tokens is becoming.

Samsung Mainnet to be ETH Based

With Ethereum, startups and companies that want to explore blockchain don’t have to do it from scratch. Ethereum is in this sense still the heart of crypto innovation, if not the soul of a digital asset the way Bitcoin is.

Ethereum provides a platform for firms and startups to gain access to blockchain technology without building theirs from scratch. It wasn’t that long ago that Samsung announced that its Galaxy S10 phone will support Ethereum (ETH). As we watch the evolution of altcoins and stablecoins mature, bigger companies are getting into the race.

Samsung joins a wider list of corporate and financial giants reportedly eyeing bespoke crypto. More properly most of them will be stablecoins. The hype is real when major technolgoy companies on-board crypto and blockchain products in new ways. A“Samsung Coin” could certainly find useful application as a payment means on the company’s app store and traded on cryptocurrency exchanges.

Blockchain Adoption and Token Announcement on the Rise

The company has revealed that its flagship Galaxy S10 smartphone will have a built-in cryptocurrency wallet. With Samsung readying a new ETH-based blockchain mainnet and cryptocurrency token, how long before Google and other smart phone companies act?

Samsung recently participated in a $4 million investment round for ZenGo — a smartphone cryptocurrency wallet app. Samsung just like Alibaba are been looking at Blockchain for quite some time. Like the proposed Facebook Coin, no one can know for sure how the “tokenomics” of a Samsung mainnet and digital asset might work. But chances are in the next few years, we’re going to find out.