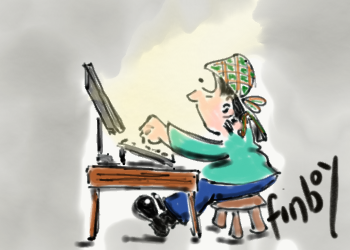 Last week Media Protocol – a blockchain platform which issued its own tokens and developed multi-crypto wallets – was placed into liquidation. The development comes after Coinfloor, the first of the five firms which have so far received Distributed Ledger Technology (DLT) licences from the GFSC, was “scaling back its activities” for now. The two developments are unrelated and it is suggested that both businesses have been hit by the mercurial fluctuations of the crypto-currency markets however it is more likely to be a trend prophecised in the Gibraltar Fintech forum 11 months ago where many ICO launches would devalue cryptocurrency as many are merely a means of raising funds without the promise of returns except the speculative.

Creditors of Media Protocol are to meet liquidator Edgar Lavarello of PwC and lawyer James Montado of Isolas today and will learn they are unlikely to receive as much as a penny on their investments – the extent of which are, perhaps surprisingly, unknown. Some investors punted with cryptos, others with fiat currency in sterling, euros, or US dollars. It is interesting and often the case with such ICO launches, speculation has more to do with it than substance. A nicely worded paragraph seems to attract the eye quicker than detail for those hoping to get a quick return. Media Protocol linked up with Social Ink for this as demonstrated by this paragraph from their site.

The team at Social INK has been a vital part of the ongoing success of MEDIA Protocol. We believe community is highly crucial to the success of any crypto project, especially the run upto ICO time and more importantly success in the coming future, post ICO. The team at Social INK have worked seamlessly to produce content that has been of the highest order, helping to keep our community engaged, interacting and most importantly excited for the future. The fast past nature of a crypto project can lead to near impossible deadlines but the dedicated team at Social ink have gone above the call of duty and helped at critical moments to keep Media Protocol chugging along. Social INK has out performed expectations since the partnership began and their work is highly valued.”

Highly valued until perhaps this past few days as the liquidation came to light. “We won’t know the extent of Media Protocol’s debts until the meeting on Friday,” Mr Lavarello said. And he admitted that neither PwC nor Isolas were likely to be paid for the liquidation work “It represents the first insolvent liquidation of a crypto-related company in Gibraltar and seems to have been a victim of the slump in the price of the crypto-currencies Ethereum and Bitcoin,” Mr Montado explained.

Gibraltarfintech believes crypto is going through a huge flux at the moment and the likes of bitcoin and ethereum are shoring up their brands under the weight of the ICO chancers that threaten to stigmatise the idea of blockchain forever. Gibraltar which is right to try new ideas should tread wary until the dust settles a bit more.