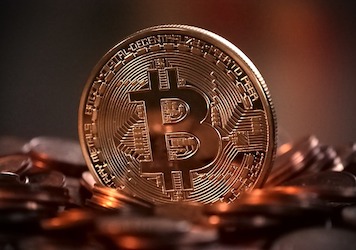 Between 600,000 and 800,000 bitcoin miners have shut down since mid-November amid declines in price and hashrate across the network, according to the third-largest mining pool.

In an interview with CoinDesk, Mao Shixing, founder of F2pool, said his firm’s estimate takes into account the total network hashrate drop and the average hash power of older mining machines that are having a hard time generating profits.

According to data from blockchain.info, the bitcoin network’s entire hashrate, which captures the aggregated computing power on the world’s first blockchain, has dropped from around 47 million tera hashes per second (TH/s) on Nov. 10 to 41 million on Nov. 24 – an almost 13 percent decline.

Mao explained most miners that may have halted operations are likely those using older models, such as the Antminer T9+ made by Bitmain and AvalonMiner 741 by Canaan Creative. These miners have an average hash power of around 10 TH/s and are estimated to be losing money right now, according to F2pool’s miner revenue index.

In fact, the bitcoin hashrate on F2pool, which now accounts for about 11.4 percent of the total network, has also seen a decline of over 10 percent in recent weeks, Mao said.

“It’s hard to calculate a precise number of miners connected to us that had unplugged. But we saw over tens of thousands of them [shut down] in the past several days based on conversations we had with larger farms that we are in regular contact with,” he said, adding:

On Nov. 20, Mao shared via his Weibo social media account a photo of a man packing computer gear into boxes, with the caption “shutting down is not an option, now have to sell by the kilos.”

The post was widely taken to mean even mining equipment of recent vintage was being sold off by the kilogram in China, but Mao told CoinDesk he was half-kidding when he wrote it, explaining:

Stepping back, Mao said there are multiple factors that contributed to the shakeout among miners, including the recent market decline that followed the bitcoin cash hard fork on Nov. 15; an increase in electricity costs in China; and the fact that Chinese manufacturers are still racing to upgrade their products, making older machines increasingly uncompetitive.

“All these factors are overlapping right now which led to this recent phenomenon,” Mao said.

As the winter comes in China, hydropower plants are experiencing a dry season when electricity costs have doubled from what they would have been in the summer when water was abundant.

While other fossil fuel power stations, for instance in China’s Xinjiang province, may generate electricity at a steadier rate, the overall costs are still at least about 0.28 yuan ($0.04) per 1KW/h, Mao said.

As bitcoin’s price recently tanked to a 13-month low below $4,000, mining farms that have been using machines made in 2016 and 2017 with lower productivity just can’t break even, Mao added.

To be sure, the fact that mining farms have unplugged does not necessarily mean they are out of the game completely.

This dynamically adjusted process could give those who haven’t thrown in the towel an incentive to stick around, Mao said, concluding: