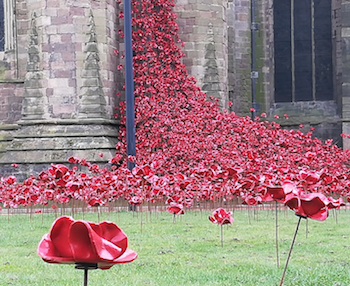 The 11th day has passed and was commemorated with more pomp and circumstance than we deserve given those we commemorate for are as far from pomp through their circumstance than one could ever understand. It is right we remember them for the very essence of remembering should in fact stop us ever repeating the fact. If only this were true.

It was said during my 28 years serving Her Majesty that since the the opening salvoes in 1914 the 20th century saw the British Armed Forces involved in a conflict somewhere in the world every year.
It is also a fact that in those years only 1968 was free from a British fatality. Let that sink in for a moment. These past four years to 2018 where WWI has lived through newspaper articles, exhibitions and research into family history, has done a great deal to awaken awareness in those of us not connected through family or profession. It has made the majority of people proud of their relatives and brought once again the cruelty and utter destruction of war to the fore whilst at the same time offering thanks for those both living and passed for their sacrifices.

This connection is vital as the politicians of today – in the majority, professional politicians – often lawyers and bankers with no experience of service life look on our service personnel as another pawn on the chessboard of political machination, there is no disdain intended it is a mere fact. The dead aren’t really dead when seen as a number on a report. However this connection, this past 4 years, has again become real. Prince Harry and his Invictus games blows open the post war life experience of many of our troops to the real consequences of war, physical and mental. The constant reports particularly in “The Times” of battlefield reports daily allowed us to see more clearly than before through the prism of modern thinking. Remarkable when many during this period couldn’t even read let alone afford a newspaper.

In Gibraltar as a community many of us have connections with UK forces in our family, the Royal Gibraltar Regiment literally living among us in between deployments and the very suffering itself of families evacuated during WWII. No closer can it come than that in living memory. Our remembering is tinged with a personal connection no greater than others but equally poignant and touching. For me the sight of “Tommy’s” shadow cast upon the face of our Rock that is so often utilised in conflict spoke not just of their sacrifice but of our moment in Tommy’s shadow when we could look up and give thanks to all not just the ones we knew. 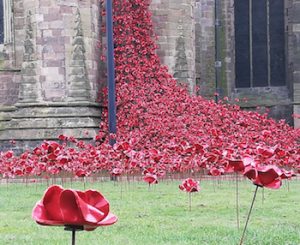 Not only soldiers die in war

Retweet on TwitterFriends of Science Retweeted

It's amazing to have over 20 yrs of pushing for renewable energy without any acknowledgment of the fact - no renewable grid without fossil fuels. The ignorance of the climate crowd and allies in the media have been breathtaking - and sets the transition back by decades. https://twitter.com/JohnLeePettim13/status/1574697944212819968

Evil Putin's a warmonger and NATO are the peacekeepers...

President Trump will be back.