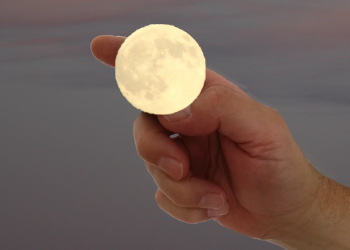 I may be a little long in the tooth, the type of person that liked the way americanisms hit our streets but deplored the fact that copying it became cool, in some eyes so cool we were happy to dilute our own culture to accommodate it. You know what I mean don’t you? We all remember the kids at school who started drawling with a rather odd american accent, trying to sound like a TV cop like Kojak or movie stars like Clint Eastwood. What would be presenter didn’t try the lower register of a good american voice over watching the girls swoon … until they realised the sweet nothings you were mumbling were adverts for coke, burgers and tampons.

Anyway it is becoming evermore so with Silicon Valley, words that we once used are defunct and even the use of a good name now is less about it and more about how easy it is to remember what it does. So to with crypto currency which in itself is fine but as the number of coins multiplies the difficulty for an attractive name increases. Ethereum, fine, Bitcoin the daddy of them all, great, it needed to be simple and it’s catchy. However here are some of the latest ones that whilst not irritating certainly look to dumb down our vocabulary. It seems to me that cryptocurrency creators have a brief which reads as follows;

For example, I add here I am passing no comment on the coin nor their idea just the nomenclature.

Contractium is being positioned to be the internet users’ smart contract and token issuer application with the vision of eliminating the print contract… ?

Dylyver is a technology corporation that is on a mission to disrupt the transportation market…. “Deliver” get it?

Electroneum see what I mean?

Salt how more Roman can you get with the original currency as a name.

Deep Onion if you really are a nerd you will know what this is connected to immediately, if not.. step away from your browser now!

There are a few that should be in there like Ruff I was hoping it was to do with dogs alas not. Einsteineum didn’t have any  relativity and  Trigger has nothing to do with a horse or a gun, though it could be said to “trigger” a reaction.

A few picked at random that hopefully prove my point, they aren’t bad but I suppose in an area where coins are being generated so fast spending time thinking of that one killer should be but isn’t a priority. More often than not it is down to the name of your first dog…. maybe. Finally if you are super stuck, there is this generator for you … crypto name generator.