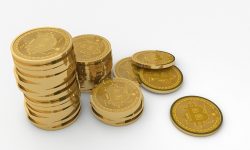 New York-based Gemini Trust Company, the cryptocurrency exchange founded by the Winklevoss twins, is reportedly exploring an expansion into the United Kingdom.

According to a report by the Financial Times which cites two sources close to the matter, Gemini has hired advisers to consult on a potential move to Britain and is close to filing an application with regulatory watchdogs for the U.K. markets.

This news came just a week after Gemini announced that it has launched the Gemini dollar (GUSD), a new stablecoin pegged to the U.S. dollar. The company notes that each Gemini dollar corresponds to a dollar that is held at a bank located in the United States and eligible for FDIC “pass-through” deposit insurance.

Competing crypto exchange Coinbase recently revealed that it now supports direct crypto purchases using British pounds on its Pro platform. This is part of Coinbase’s larger effort to become the go-to for U.K. crypto traders, who can now deposit GBP into their accounts via domestic bank transfers.

Coinbase also recently revealed a new feature that allows European customers to cash out their cryptocurrency in the form of digital gift cards.

It looks like the U.K. may become the next battleground for exchange dominance as the United States regulatory landscape becomes increasingly complex and British lawmakers push for clarity.

What evidence do you have the restrictions are suppressing transmission and not another factor?

@NicolaSturgeon said: "If only we could answer that question categorically we'd be in a much better position."

People used to get these for free, now you need to borrow £250K from bailed out bankers from the magicked up cash handed to them by the unelected @bankofengland

Thank God the free market tories are in power....

I'm not saying we have the least accountable Government in principle and have lost any semblance of free press to hold them to account.

I'm just observing they seem to be able to make all the same mistakes and the press seems to be just fine with that.